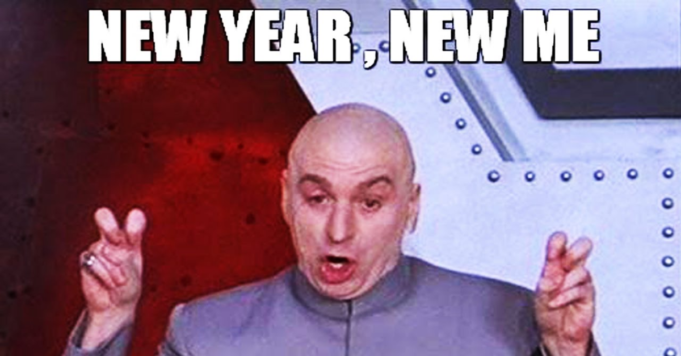 2020 is here, and the “new year, new me” posts have made their way back into all of our newsfeeds, many of them looking familiar. I’ll admit that I have committed to becoming a gym rat for every round of new year’s resolutions that I can remember, yet I somehow always end up being more of a snack rat instead. Why is that? Failure is very common when it comes to achieving new year's resolutions, so why do we continue to make them and why is it always January 1st? The new year is great for a lot of reasons; most people see the new year as an opportunity to start fresh and begin anew - a clean slate. The tradition of creating new year’s resolutions was originally created by the ancient Babalonyians over 4,000 years ago. They celebrated the crowning of a new king and also pledged to repay their debts and give back what was borrowed from their Gods. As this tradition caught on and passed to different cultures over the centuries, the concept grew, and people started to think of additional ways to  better themselves and grow as individuals. In today’s culture, resolutions are still present, though some may consider them cliche. I’m sure that you have heard the many jokes about avoiding the gym in January because the machines and classes will all be flooded with “resolutioners”. There is also the argument that anyone can choose to transform themselves at any point during the year, and while this is true, there is a sort of comradery in setting these goals together in the new year. People are more motivated when they are held accountable, and new year’s resolutions are a way for everyone to commit to being better together. According to goskills.com, some of the most common resolutions that are made involve not only going to the gym (though this seems to be the most popular), but quitting smoking, drinking less, spending more time with family and friends, succeeding at work, , etc, which are all admirable, but vague, goals. When setting  goals/resolutions for yourself, the key is to make sure they aren’t only admirable, but also SMART, meaning Specific, Measurable, Achievable, Realistic/relevant, and Time specific. To give you an idea of what I mean, let’s revisit my desire to become a gym rat. Going to the gym has never really been my thing, so setting a goal to be in the gym 5 days a week starting January 1 probably (ok, definitely) isn’t realistic. Instead, it would make more sense for me to set a SMART goal of getting to the gym for 30 minutes 2 days a week (specific, realistic, achievable) for the first month, and then to add an extra day for each successful month (measurable), hoping to have a set routine of getting to the gym 5 days a week by the end of the year (time specific). U.S. News and World Report says that 80% of people fail to keep their resolution by February, and that it is largely  due to people setting unrealistic goals for themselves. As you set your goals for this new year, think of ways to make them SMART and reach out to other resolutioners to help hold yourself accountable! We wish you nothing but the best in your new adventures, and hope that 2020 is your best goal-crushing year yet!